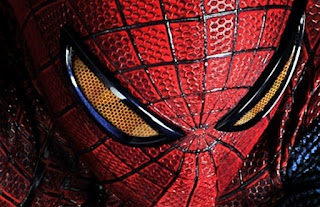 I finally watched this today.  It has just been 'one of those things' that 'other stuff' has got in the way (like a recent job interview and the necessary preparation etc.; life stuff basically). I liked the Raimi films, and knew I wanted to see this, it has just taken longer to do so than intended.

So what are my thoughts on it? Well I enjoyed it, but even understanding the reasons for the reboot, I cannot say it is significantly better or worse than the Raimi original. Furthermore, given that the Raimi version captured a strong sense of authenticity from the source material for me (whether original or Ultimate Marvel Universe authenticity), at least, then the makers of Amazing Spider-man were always in a tricky situation: depart too far from the source material and I think the movie suffers; adhere closely and you have a lot of similar elements that Raimi already tackled. They wisely chose the latter path, but the end-product is inevitably never going to deliver the novelty of the first Raimi movie, even if CGI web-slinging is replaced with more physically-grounded stunt-work.

So what has in essence been changed is perhaps a degree of tonal shift, and with a more muted cinematic palette. And the end-product is fine, but not spectacular (forgive that pun, Spider-fans). It compares well with Spider-man but does not surpass it. Amazing Spider-man simply cannot be a great film, or even an exhilarating novelty, simply for the sense we have seen films not too dissimilar before. Not so long ago. Starring a character called Peter Parker/Spider-man.

One of the other things that bothers me is that we are in a post-Avengers world. That film set the bar for super-hero movie ambition so high, that there are new standards, and maybe same-old,same-old is just not going to cut it. It also does not help that I strongly feel the Spidey costume in this movie was fussy and inferior compared to the Raimi era suit. The zips and gathering fabric made it look poorly designed rather than engaging a sense of the 'real world', and I feel that some poor design choices were taken with it.

In the end the only point of this film is to make money since there is no new lead character to truly expose here, or an unfamiliar tale to tell. Not a bad movie, and I certainly enjoyed it, and as stated I do understand the rationale for making it, but really, it was not needed, and maybe Spider-man 4 and 5 would have been preferable.
Posted by pulpcitizen at 10:15