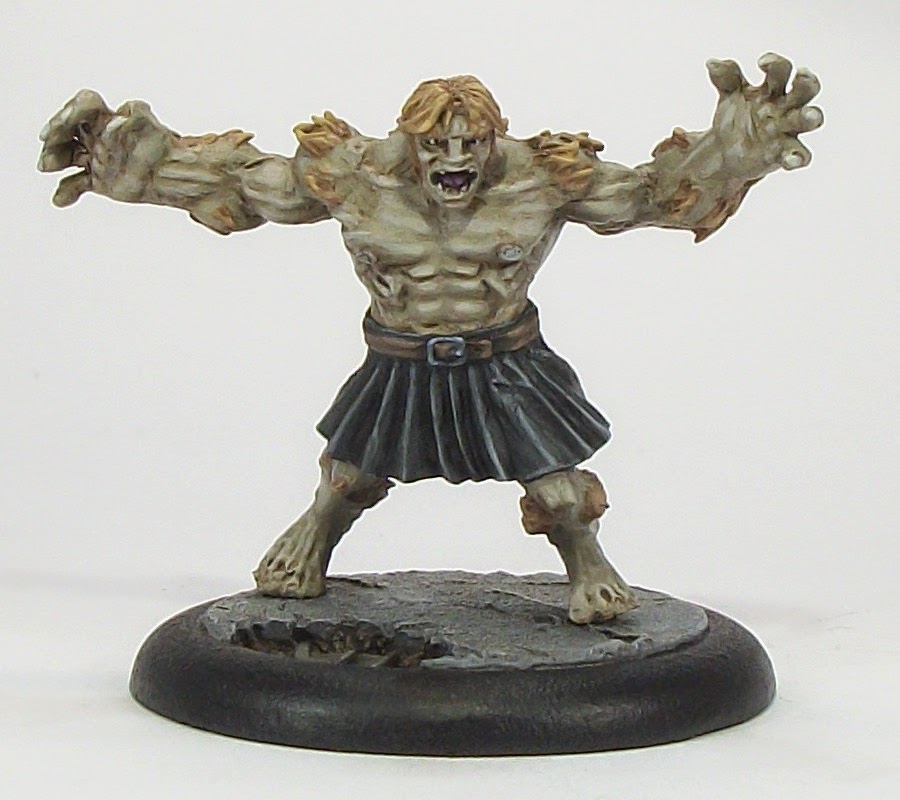 My first Pulp City minis painted since January, and only my second of the year. That needs to change. I have now painted 118 Pulp City minis in my personal collection (some of them more than once; I have painted a further 3 for 'mini exchanges'), and by the end of the year I want that to be at least 130. I have a few part-painted so that is not beyond the realms of reasonable possibility.

Wildman is one of the new Hero Starter Set minis. The new Starter Sets have been designed to have as few parts as possible. The Hero Supremes are all one-piece, making it quick and easy to prepare them for gaming and painting. The Villain set requires only minimal assembly on two minis, and the third is one-piece like the Heroes. 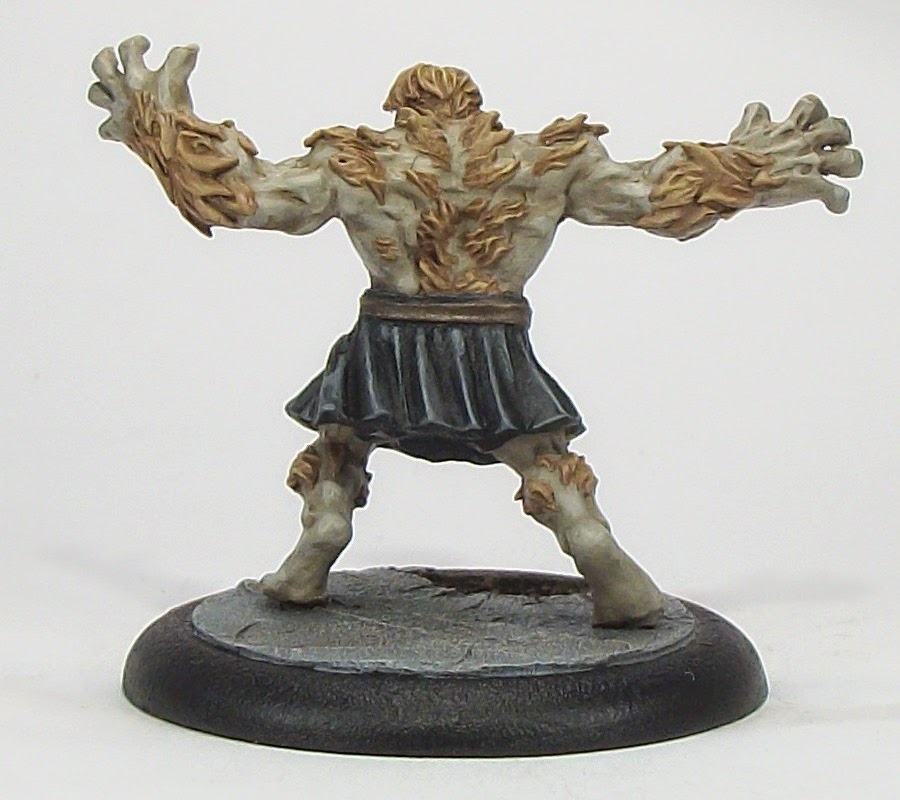 Wildman himself epitomizes a lot of key design features of Pulp City: Supreme Edition. He is on a 40 mm base which has an important impact as Size Matters in SE. He is able to pool dice very well based on his base size, his Brawler Power, his movement type (Bounding), and a built-in bonus to his core Combat Action (Rending Slash), meaning when he unleashes 5 dice or more for Rending Slash he gets to use another Action called Shrug Off for no cost. He is a tough hombre.

On painting him, I wanted to keep it simple; I thought about painting a tartan pattern kilt, but knew that I don't have the skill, so settled for plain black. It meant I finished Wildman quite quickly and right now, with so many minis to paint from so many games, completing stuff is key. Anyway, another cool looking James Van Schaik sculpt which I am sure many can't wait to use in their own Teams.