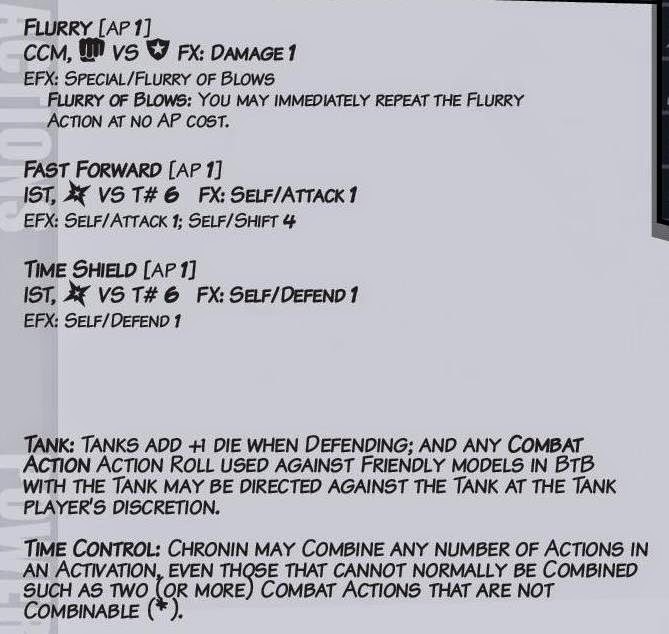 While we retained the alternating Activations of the original game, what we chose to do was create the opportunity for key moments where momentum can suddenly shift - if your preparations are right, that is!

Normally during your Turn you can Activate a Supreme and in addition Command a Minion card.


Chain Action Example (Figure 1): Some models have their own rules that allow the Actions limit per Activation to be exceeded. Chronin's Time Control Power allows her to Combine any number of Action in a single Activation, allowing her to theoretically use 5 Actions (2 Moves, and up to 3 Exclusive Actions). This can be extended further if she is lucky with her Flurry Action! 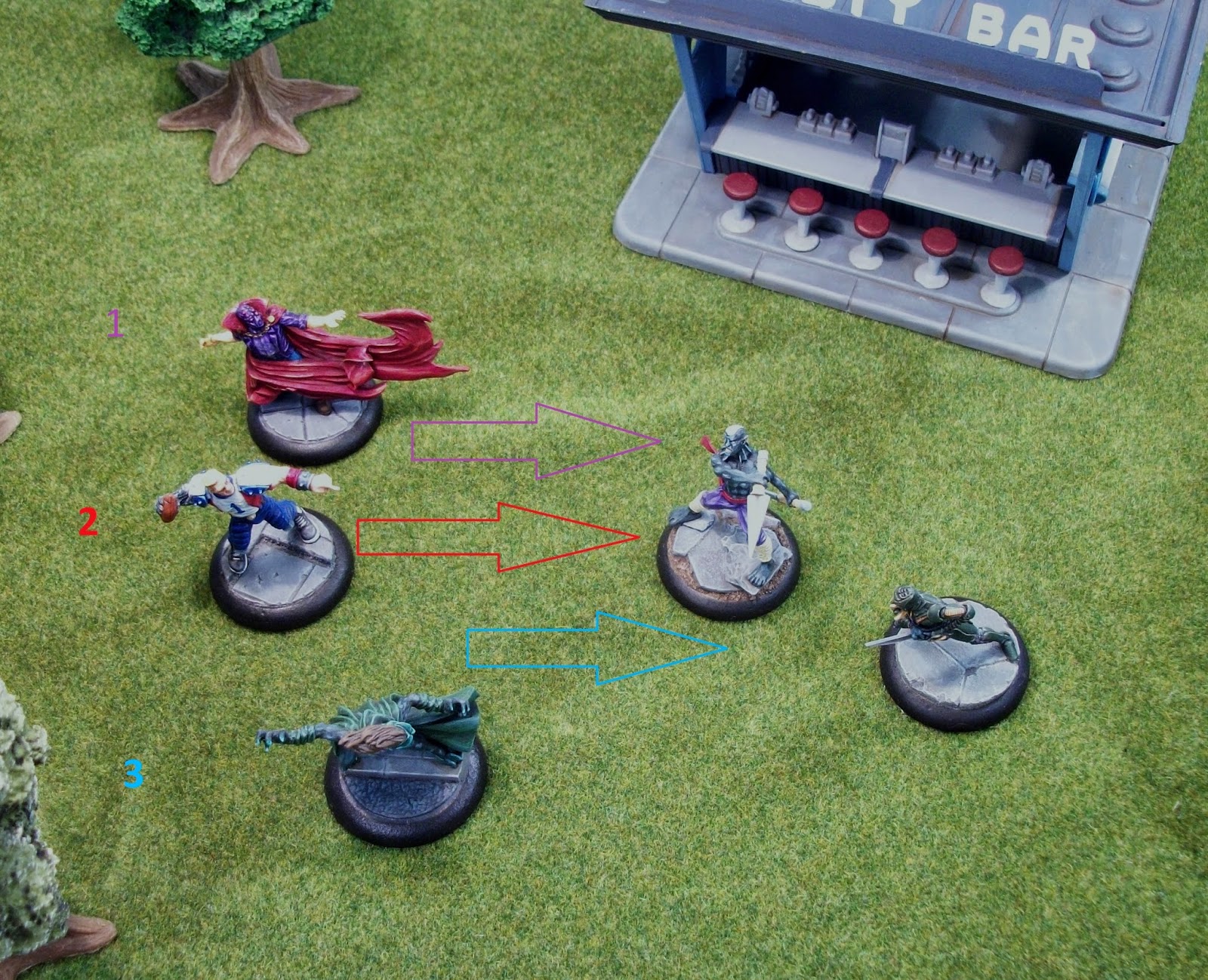 And of course, the rule about Activating a single Supreme in a Turn can be broken too!


Chain Activation Example (Figure 2): It is the start of the Round and the Heroes have won the Starting Roll against the Ulthar. Trail (1) starts the Hero Turn using Mind Strike against Stormblades. As Trail had not yet Activated this Turn, thanks to his A Second Ahead Power, a Friendly model may Activate. Dead Eye (2) Moves in and uses his Power Smash. If Stormblades is still standing, then with Dead Eye's Tactics Power Jade Hawk could Activate (3), Moving in to Attack with her Death Claw. And of course Stinger may use his Power to swap places with Stormblades....