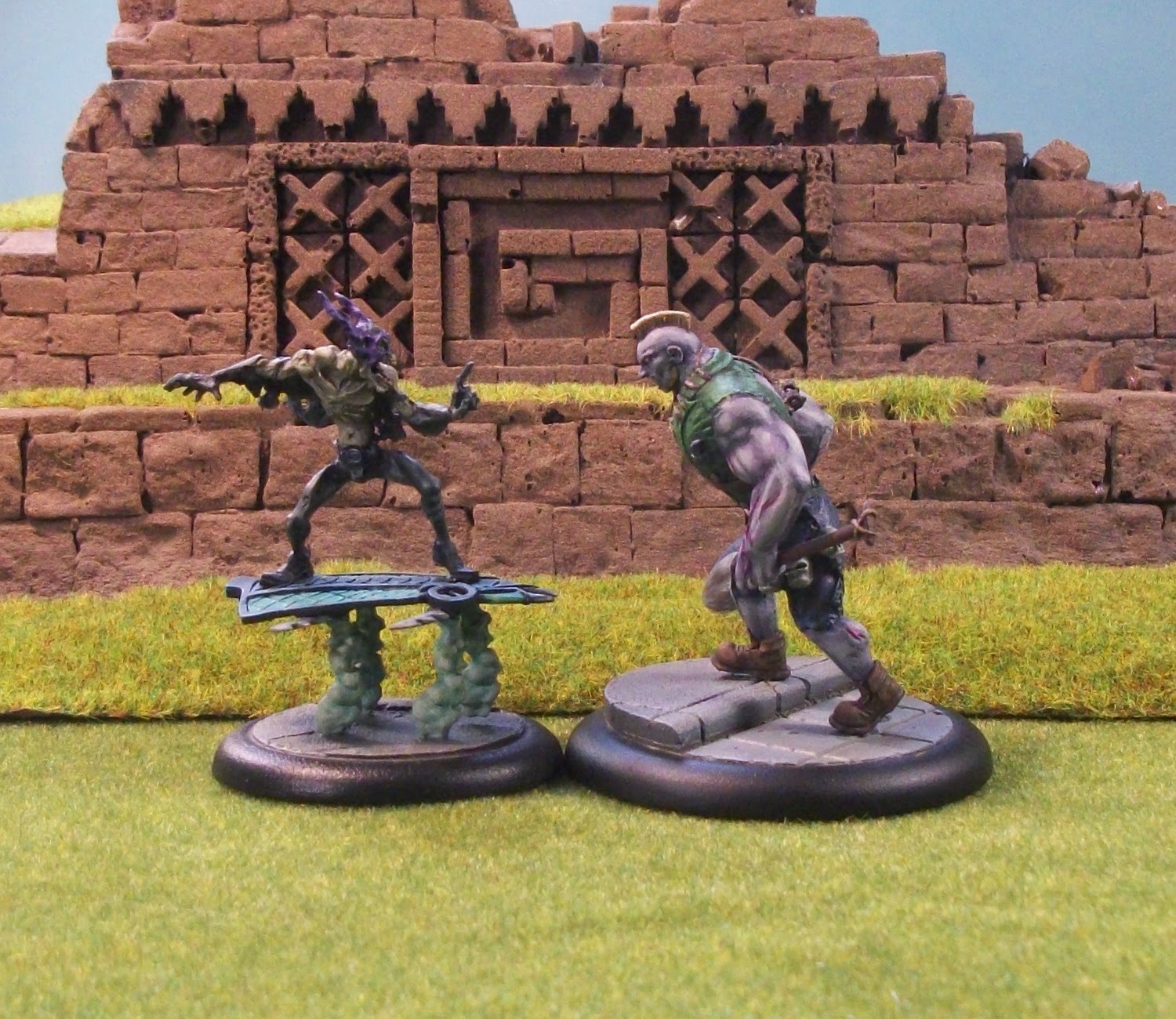 One of the main and earliest settled on adjustments for Pulp City SE was to replace the Opposed Roll which mostly produced either results based on difference - Damage; or binary results - success or fail achievements.

What we wanted and what we have created is a mechanic that allows Actions to have multiple results, and that the spread of results is not limited to Damage alone.

Consequently most Actions have a menu of extra Effects (EFX) that can be chosen from and added when you have an especially successful roll. Success is measured by winning the basic roll (your best die plus Trait vs. opponent best die plus Trait or target Number), and additional success is through each result of 5 or 6 (Trump Traits) or 6 (no-Trump), or for Powerhouses each 4, 5, or 6. Enemies cancel those successes with their own dice achieving the same values (except for Powerhouses Defending don't achieve cancels on a 4+).

One of the keys to success is to maximise the number of dice you roll. This is done through Combat Bonuses, spending Power Up dice, Effects (bonuses to Attack or Defend) and any situational benefits such as from Powers. 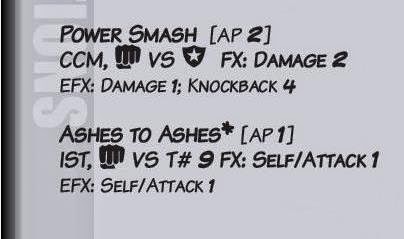 Example: Six Feet Under Activates. He Moves in to engage Night Fright & Leech in Base to Base (BtB), and uses his Ashes to Ashes Action before Attacking with his Power Smash Action.


Normally you can you one Exclusive Action (the Actions on cards) per Activation, but because Ashes to Ashes is Combinable you can use it as well as Power Smash.
Six Feet Under succeeds with his Ashes to Ashes Action, but does not get any EFX.


For the Power Smash Each player rolls a basic 1d6 plus dice for appropriate modifiers:
Six Feet Under: Strength Trait + 1d6 +
For a whopping 8 dice; if he wins, any dice results of 4+ yield EFX.
Night Fright & Leech: Defense Trait  + 1d6+
For a less spectacular 2 dice. This will probably hurt. A lot.


So it is a good idea to learn how to maximise your modifiers to get the best advantage you can.
Posted by pulpcitizen at 01:34