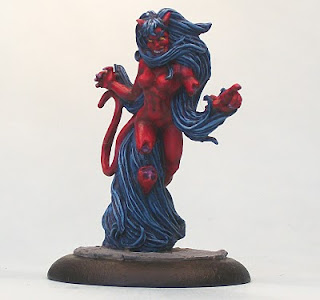 Kitty Cheshire, a woman or a demon? Or both? The first one to cross the edge of the Silver Mirror on the Twilight Hills, Kitty is making her comeback to Pulp City after the years in the limbo of the Otherside.

Sculpted by James van Schaik, I think Kitty Cheshire is a very cool execution of a great idea. I love the way that the model has been rendered to make it appear that Kitty is phasing in and out of reality. 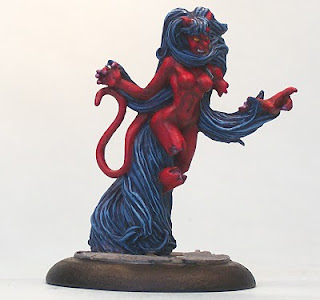 Kitty is the first Supreme belonging to a brand-new sub faction - the Otherside. No other models or concepts have been released for the Otherside yet, but I believe that whatever does come next will probably be very imaginative indeed. 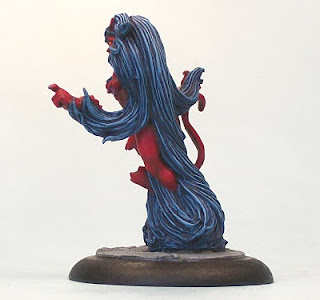 The colour scheme is another simple one, but with very good reason. I have been using red and blue on many Heroes, and purple in some way on many of my Villains, so I decided to place all 3 colours into the scheme. It may not be my best effort, but I am reasonably satisfied with the outcome.
Posted by pulpcitizen at 11:34