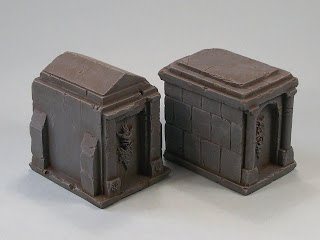 I really like the Ziterdes stuff a lot; it doesn't weigh much and can be used as-is or painted according to tastes. It may not be the cheapest range of products, but it suits my needs for gaming.

I ordered these from Wayland Games and they were priced at £6.75 GBP which I thought was good value. They arrived in a basic grey colour, so suitable for gaming immediately, but I decided to go with a bit of painting, washing and dry-brushing to add a little extra. With minimal efforts they were finished. 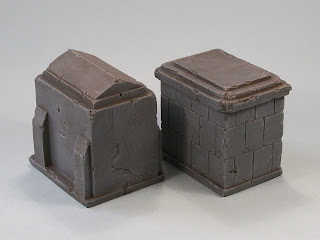 I recently received some of the back-in-production Apartments. They are very cleanly cast, which makes me think that if I see something new that I want from Ziterdes in future, I will try and order it early as the casting may be crisper. That said, I still remain satisfied with the products I have had so far.
Posted by pulpcitizen at 03:09