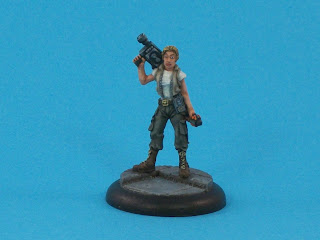 The object of the recent contest I ran, this is my version of a painted June Summers (sculpted by Wotjek Flis). June has yet to be generally released, and was a mini I picked up a few copies of through a promotion Pulp Monsters ran last year.

June is a Character Minion, meaning that she can be Activated like a Supreme. She brings certain bonuses to games that will be even more welcome when the revised rulebook hits, since she can add to your Agenda Point score (basically victory score), and she also adds to the Starting Roll which is nice. 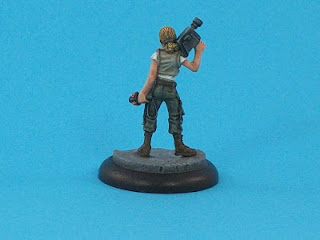 This is one of the first minis I have tried photographing with a new lighting set-up, so it may take a while for me to get it right.
Posted by pulpcitizen at 04:56