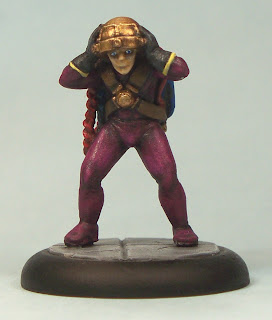 This model is from the Mutants and Madmen range from Black Hat Miniatures. The line features a selection of pretty nice generic superhero and supervillain miniatures, as well as some henchmen and Minion types, but the civilians are over-sized in my view, and so the range is quite variable as a whole. I painted the model some time ago, using a colour scheme vaguely influenced by a Doom Patrol character called Mento (who used a helmet giving him mental powers) - the colours are switched around from how they appeared there, but that was my inspiration. I photographed it after rebasing it to match the Pulp City minis I had been doing. I plan to use the model as a Minion. 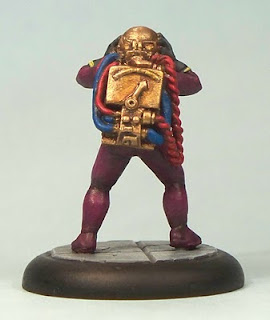 I envision the various abilities as applications of psychic powers. The model could become a Level 2 Minion, maybe adding +1 DEF, +2 ENG and 2 damage points, or other upgrades as desired. 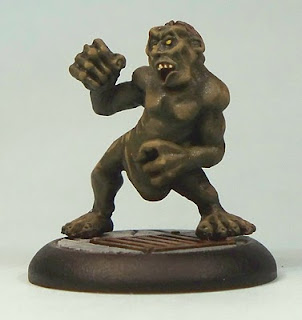 This one was painted to simply look like some kind of sludge or muck monster. Comics have a long history of such characters and more famous muck monsters have been DC's Swamp Thing and Marvel's Man-Thing, both preceded by a number of decades by the Heap, in turn possibly inspired by another source (a short story by Theodore sturgeon, "It"). 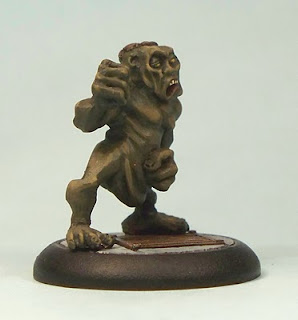 Slow* is not in the current iteration of the BOOM rules, but a look through the thread identified in an earlier post will lead to a description of the skill. It basically reduces movement by 1".
Posted by pulpcitizen at 10:43